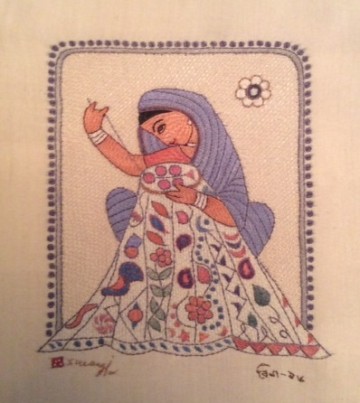 SURAYIA AND BARBARA — CONNECTIONS PAST AND PRESENT

I was busy chatting at a conference in 2012, when I was tapped on the shoulder and   introduced to a woman who had recently lived in Bangladesh, and was making a film about Surayia Rahman.  Was it possible, that the woman spoke of our Surayia?  The painter, the embroiderer of poems, that elegant and stoic woman who became a dear friend of my mother’s in the 1970’s. Indeed, my mother’s Surayia.  Hamdullah.  How life works with small mysteries.  Surayia, now in her 80’s, was in fact sending me a message.

My mother Barbara, lived in Dhaka in the early 1970’s, just after independence and a tragic destructive cyclone. I’ve no idea where Barbara and Surayia met, but it was a powerful and committed relationship. My mother deeply admired Surayia’s strength and dignity to support her family.  Her struggle to affirm herself as an artist, and proudly display or show her paintings. Surely they discussed Surayia’s transition to stitching storytelling cloths and providing cooperative support for other Bengali women.  Surayia found in my mother a safe haven, an intellectual equal, and a sense of humor and the irreverent.  I know they spent many afternoons at Barbara’s house, and they shared a love of poetry, and music, with Surayia introducing Barbara to Jasim Uddin’s epic poems.  Barbara gave Surayia steady reliable support, courage to create her art, and was a best friend to relax and talk to about the artistic energy of Calcutta, the tradition of Bengali kantha cloths, the rollicking politics of the day, and surely their children.  In fact, Surayia’s daughter, Sophia, herself painted an alpona for my sister Adik, which she still has. 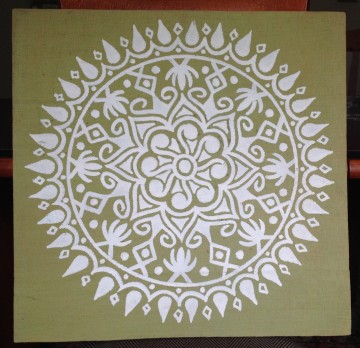 They were soul mates, and my mother stayed in touch with Surayia over the following 30 years, as she moved to Nepal, Paris, Mali and Washington, DC.  Surayia came to visit Barbara several times, both in Nepal and Washington, DC.  While I didn’t know Surayia well, as I was away at school or working, I heard about Surayia my whole life. She was a giant figure in my mother’s pantheon of loved ones.

When Surayia visited Barbara in Washington, she brought with her several small elegant embroidered pictures as gifts for my sister and me. Seen in the photos, they are miniatures or vignettes from her full story-telling nakshi kanthas. My favorite is the young girl, sari pulled slightly over her head, arm raised as she pulls the embroidery thread of her kantha. It is a kantha within a kantha, and it hangs in my textile conservation studio in Washington, an affirmation of my career and daily handwork. The other two are typically Bengali; a mythical bird and the often seen wide-sailed boats on the river. 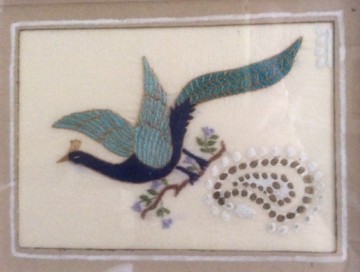 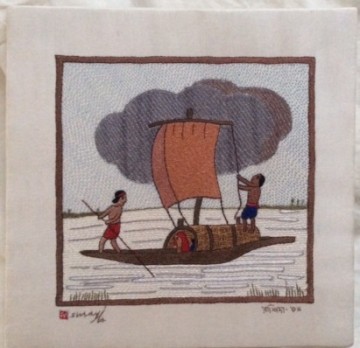 In 1995 Barbara and Surayia met in Toronto, enjoying the grand children, the freedom of walking anywhere anytime, and catching up. It would be the last visit, as my mother died in 2000.  But daily I am reminded of their relationship, the beauty of Surayia’s kanthas, and the courage of two women who were destined to meet each other. It is a testament to Surayia’s magnitude as a living artistic treasure of Bangladesh that this film is being made about her. 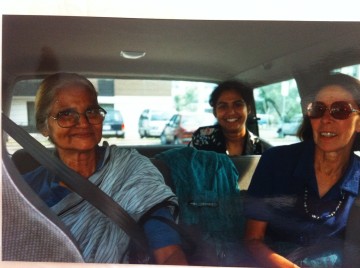 Surayia and Barbara in Toronto. Photo used with permission.