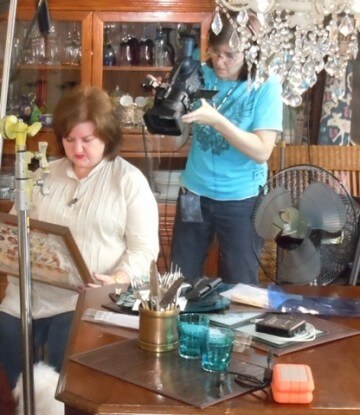 Len and I had a very exciting time on Saturday directing the filming of an interview with Maureen Berlin.  Maureen is an important figure at turning points in Surayia’s life: Maureen started the Skills Development for Underprivileged Women (SDUW) project in Dhaka 30 years ago, where Surayia first worked with destitute women and stitching to create what became nakshi kantha tapestries.  It was also Maureen who let Surayia go from the SDUW project some years later.  That set Surayia on the path to form her own organization, Arshi.  For that, Surayia might nowadays be considered a social entrepreneur.

Maureen, who has been strongly supportive of our film and very helpful to us in many ways, has a interesting story of her own.  Her life could be the subject of a film, too.

Working with us to do the filming was Tobie Caplette, who owns To Be Heard Digital Films, Inc.  Tobie has made a significant contribution to Threads by helping us capture Maureen and her collection of Surayia’s art on film and in still images.  It was great to meet Tobie in person — we have been working with her by e-mail and phone since early in 2011 when Maureen introduced us.  Tobie is a 2009 graduate of the Capilano University’s Indigenous Independent Digital Filmmaking Program. 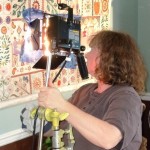 Christine Deye helped Tobie with setup and lighting, both of which were fairly complicated because of space constraints and the need to convey the colors of the art accurately.  It was a real pleasure to work with both of them!

Many thanks to Maureen, Tobie and Christine for their help with this important piece of the film, as well as to Caitlyn Goulet-Pantherbone for her help during the still filming sessions in January.  We also thank Capilano University’s IIDF Program and Coordinator Doreen Manuel. 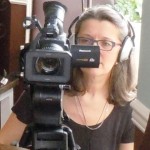 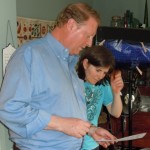